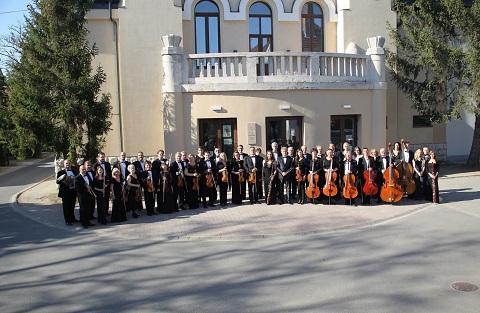 The Hungarian Symphony Orchestra, Dunakeszi was established on 18 April 1984. Since 1994 Pál Farkas has been the conductor and manager of the orchestra. Under his leadership the orchestra transformed to become a professional ensemble in 2005, supported by the Ministry of Hungarian Cultural Heritage and by the Self Government of Vác and later on, Dunakeszi. The orchestra consiscts of 60 members.

The Symphony Orchestra, Dunakeszi makes approximately 100-90 concerts and performances per year within Hungary and abroad as well. The orchestra performs in the most prestigious and significant concert halls and theaters in Budapest like the State Opera House or the Fine Arts Museum, in addition, numerous tours are undertaken throughout the country and Europe as well as in Russia, Georgia, Mexico and Israel. In the last 20 years the ensemble has performed almost all over Germany, had concerts and galas in many beautiful venues, comes back to the country yearly.

Besides the traditional symphonic repertoire the orchestra took part in numerous theatrical productions, performing operas, popular operettas, musicals and film music. As the ensemble has unique concerts and wide program structure, satisfying all the generations.

The orchestra as well as its leading conductor, Pál Farkas has won several awards and prizes in recognition of their great performance in the Hungarian musical life.